A HISTORY OF RACE PACE BICYCLES

In the fall of 1978, I opened Cross Country Cycling Center in downtown Woodlawn, a neighborhood in West Baltimore. It was an area I knew well, as I had grown up there from the time I was eight years old. I had just graduated from Towson State University with a degree in business and, while at Towson, had played rugby and was a founding member of the Outdoor Club. Opening a business in the outdoor industry seemed natural. 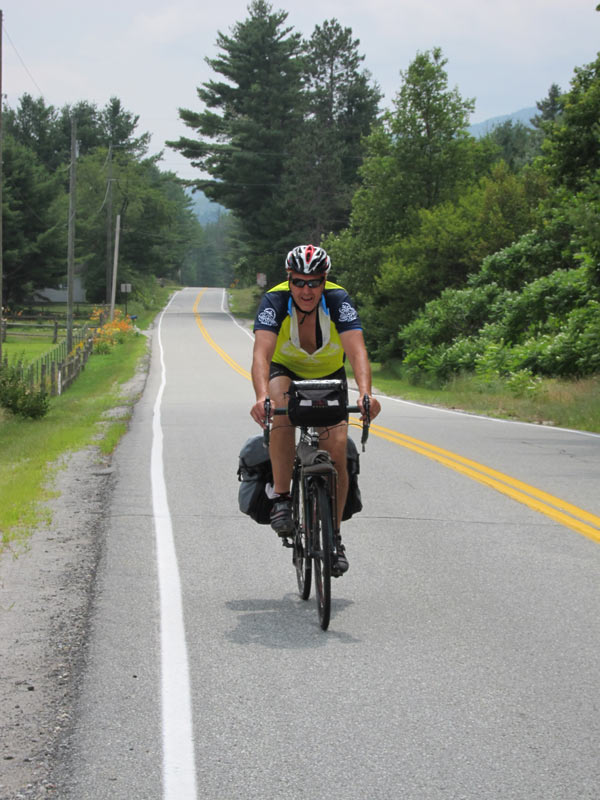 Our first store was situated in the front two rooms of a row house and boasted a basement warehouse with 5 foot ceilings. This led to many a bruised forehead to go along with strong backs. After about 10 months of selling exclusively accessories and service, a local distributor called to let us know they would extend a small line of credit so that we could begin selling bicycles--our first “hallelujah” moment. This distributor, District Cycles, was part of a network of local retail distributors who sent their own trucks out once or twice a week with our orders. Orders were handwritten by a sales rep, and inventory was kept on file cards in large cabinets. Not particularly efficient, and very time consuming, but personal.  I still have some of these very cards packed away in boxes, although they don't get much use these days.

In 1980, I married my wife Pam, who has been a quiet mother figure to many in the business for more than 30 years. Also in 1980 we became one of the earliest Trek Bicycle retailers, and we have truly grown and prospered with Trek as our partner. The growth of Trek into the leading premium independent bicycle manufacturer in the United States (indeed the world), and the growth of Race Pace, held many parallels from that point forward. Long-standing and honest relationships like the one which we have forged with Trek help form a pillar of our business.

The opening of our second Cross Country Cycling Center store was a huge step for me. We decided to open in downtown Reisterstown at 1 Main Street in an old, solid brick building that was much larger than the Woodlawn location (which we had moved to a larger location in 1980--next to the Calico Cat, which is still owned and operated by my parents, Bruni and Bill Obriecht). Thinking back, it is amazing how we made decisions--without any real decision making process. I had the idea of opening another store and this location just seemed "right". The Reisterstown location opened around 1982-83, and stayed there for years before moving south twice until settling into its current location in the St. Thomas Shopping Center.

Our third location was opened in Catonsville in the One Mile West Shopping Center in 1984. This store was revolutionary in concept, as it was perhaps the earliest triathlon shop in the country. We had a full selection of running shoes and apparel, swimwear, and all associated accessories to go along with a lot of bicycles. We decided to name this store Race Pace Bicycles, which began a new phase of the business.

With three stores, we were quickly becoming larger, with all the associated growing pains. The concept of the Race Pace store was unique in the industry at the time. It was a large and prominently located bicycle business with a far more professional approach than was typical in those days. We had a Race Pace Triathlon Team and traveled to the Ironman competition in Hawaii and the World Triathlon Championships in Nice, France. Kevin Dolan, who was on those teams, can be found in our Owings Mills store today. After a few years, interest in triathlons waned and we struggled to maintain the concept. Race Pace eventually reverted to that which we knew best--bicycles--and we left the swimming and running gear to other local professionals.

In the 90’s, the bicycle market in the Baltimore/Washington area endured a major shake up. For one of the first times in this country, a large organization with very deep pockets attempted to completely dominate the bicycle market in the region. Known as Bikes USA, the emergence of these price slashing/bargain basement specialists was devastating for local independent bicycle businesses. By the end of the decade, it became a tremendous financial struggle to stay in business and the majority of the local bicycle retailers in the area closed their doors. The Washington, DC market lost over 60% of its locally owned bicycle shops, and the Baltimore market fared only a bit better with about 40% of locations closing their doors. By the time Bikes USA imploded and went out of business at the end of 1990's, many businesses (including ours) were hanging on by their fingertips. This was an extremely difficult time for me, and while many lessons were learned, this six year period remains the most challenging of the 35 plus years I have been in this business.

After enduring the 90’s, I realized that the success of our business would depend on having a staff that was second to none. I refocused energy on becoming more and more professional, so that we could hire employees who could make a living doing something they truly wanted to do--working in a well-run, professional bicycle shop.

Many of the people that you will find in the stores today began working at Race Pace during the late 90’s and early 2000’s. We have many highly dedicated and wonderful employees who are making a living in retail. This is very much an anomaly these days. The success of our business is based on the hard work of these and other long term employees who have become the backbone of Race Pace Bicycles.

GROWING A BUSINESS AND A FAMILY

From the mid-90's, the business grew, my family grew, and my children grew up in the bicycle shops. While these formative years run together in my head, I can say that it was in these years that I forged relationships with many of our long-term customers and industry friends. It is truly a joy for me to see all of you in our stores to this day.

From those early years of the 90's, our history is a bit of a multi-decade jumble. Primarily, our stores moved and expanded. With moves and expansions, and because of the Catonsville location’s recognition and success, we decided to keep the name Race Pace Bicycles across all the stores.

Although it took years to recover from the loans I took out to stay in business during the tough times of the late 90's, we had built a good staff and had a strong following among our customers. So when those loans were finally paid off, we took a big step and opened our Columbia store in 2005.  It was then--and still remains--one of the largest retail bicycle stores on the East Coast. We built this store with the idea that if you needed something for your bicycle, this location would always have it.

In addition to the Race Pace stores we had at the time, in about 2008 we also opened the first bicycle retail store in the country that was exclusively devoted to women. Bella Bikes was adjacent to the existing Ellicott City location, and it featured women's-specific bicycles and cycling clothing in a separate and unique shopping environment.

That original Catonsville store with the Race Pace name moved west in the late 1980's down Route 40 to the Normandy Shopping Center. The store expanded twice within the center, eventually landing in the corner where it stayed--until we purchased and completely renovated a building on Bethany Lane in Ellicott City, to which we moved in the summer of 2014.  This new Ellicott City store rivals our Columbia store in size and range of in-stock products, and has been well-received in the community. We incorporated Bella Bikes into this new location, so women still have a dedicated store to serve their needs for bicycles, clothing, and accessories.

Our Reisterstown store moved a bit south once, and then again to Owings Mills, where it has been in the St. Thomas Shopping Center for many years now. We had opened a 4th store in Westminster in 1990, hoping to give cyclists in that area a good solid shop that was well-stocked and well-run. At the end of 2012, we moved that Westminster store to its current location at 1 Railroad Avenue. It is housed in a marvelous building which we bought and completely renovated. It is a 100 year old timber frame structure which served originally as the town's railroad freight depot. It's quite a fine architectural gem and if you are in the area, please stop in for a visit.

In the summer of 2010, an opportunity arose to open a store in downtown Baltimore, a market I had looked at for over 20 years. We opened Race Pace Baltimore on Key Highway in early 2011. Like Columbia, it is a large, beautifully merchandised store with the focus on having an amazingly competent service center and a wide selection of "everything bicycles". You will find Nik, my oldest son, working there. He grew up crawling around the floors of the early Cross Country stores with grease on his hands and the smell of rubber in his nose. I am fortunate to have him in the business.

This brings us up to current times. We are doing things a bit differently today than we did when I graduated from Towson State and began the business at the age of 21. Bicycles are very different and the industry is very different, but we remain a customer service-oriented business, dedicated to helping our customers enjoy the time that they choose to spend on their bicycles.

Thanks for taking the time to read the history of Race Pace Bicycles, which has been my life's endeavor. The path I've followed would, of course, have been impossible to imagine in those early days of Cross Country Cycling Center. I have learned many things and met so many wonderful people, and truly appreciate all the lessons and the relationships.