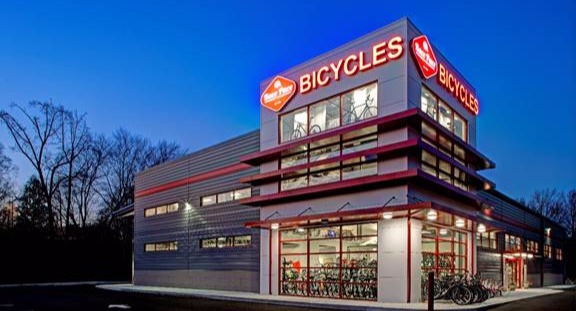 Race Pace Ellicott City is one of the true mainstays in the Baltimore and Central Maryland cycling world.  We opened in the early 80s as the first large, well merchandised and truly professional bicycle shop in the area. The store moved to a larger space in Normandy Shopping Center on the Baltimore National Pike several years later, and in August of 2014, the Ellicott City store was moved to its current location. We look forward to helping our customers, new and long-term alike, in our new space. Take a tour of the store!